The Internet in the Asia-Pacific – Looking Ahead to 2025 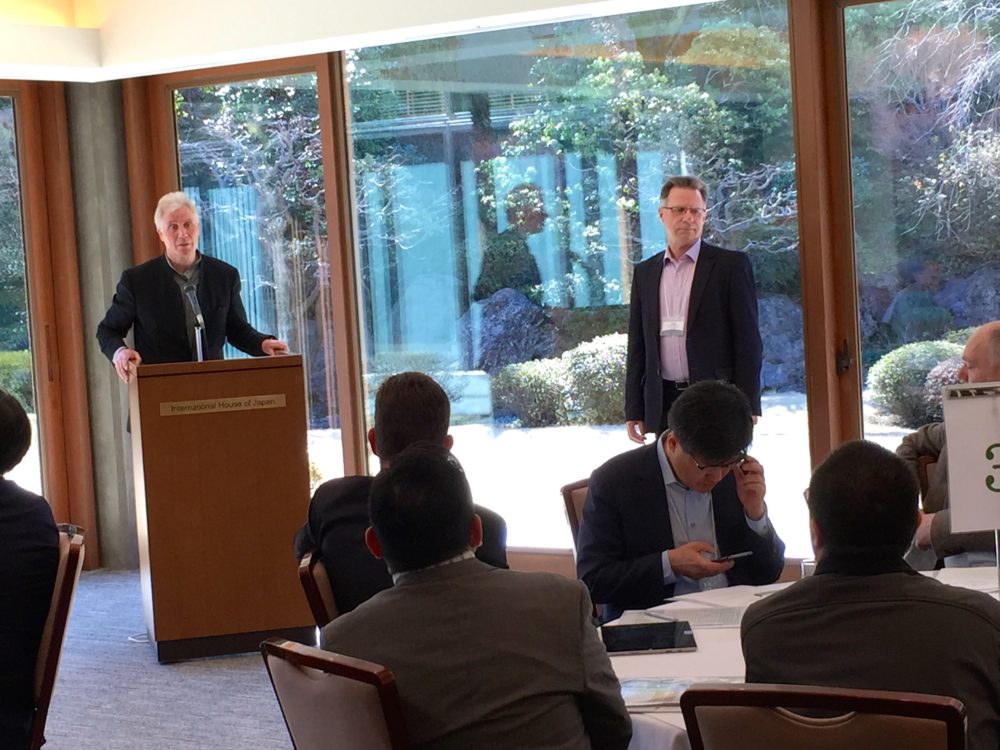 Keio University’s International Center for the Internet and Society brought together top Asia-Pacific leaders from the business world, top academic researchers and senior officials in Tokyo for an off-the-record exchange of views on the key issueacs for the future of the internet. Researchers from 17 APRU universities attended.

The Center’s Director, Professor Jim Foster, had been tireless in seeking out key figures from these sectors, insisting that there be no prepared speeches or power points and ensuring a highly participatory series of discussion. This formula was highly successful.

The one and half day meeting focused on:
– The Internet Economy in 2025: Opportunities and Challenges in the Asia-Pacific Region
– What will the Internet Become in 2025?
– The Internet and Asia Regional Integration: How will the Next Decade Unfold
– The Future of the “Global” Internet in Asia- Looking Back from 2025

APRU has strong capability in the field of Internet science with almost one third of all inductees of the Internet Hall of Fame affiliated to member universities. All East Asian and South East Asian inductees have either studied or worked at a member institution. This result is even outnumbered by APRU-affiliated laureates of the IEEE Internet Award: more than half of the laureates have studied or worked at APRU member universities.

Having successfully launched the APRU Asia-Pacific Internet Program, the Keio Center and the Secretariat will now work together to pull together a reference group and a plan of action for the next 3 to 5 years.

Already two other events are planned this year. The Summer Session on Governing the Internet will focus on building capacity on Internet Governance for young government officials. The APRU Civil Society Internet Dialogue aims to strengthen the ties between academia and Internet activists.

The program incl. a list of participants/discussants and the report is attached below.