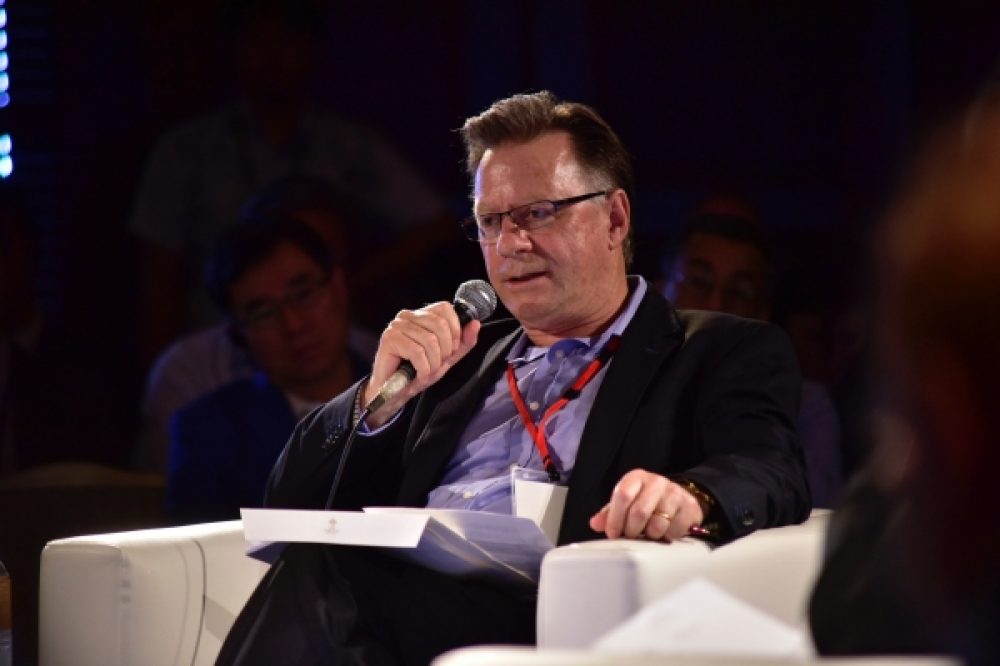 ‘Crafting Cyber Security in a Less Secure World’ was the theme of a high-level meeting organized by the Cabinet Office of the Government of Japan in Okinawa 7-8 November, 2015 with the support of the World Economic Forum and opened by the Prime Minister of Japan.  Called the Cyber3 Conference it was attended by CEOs from leading IT companies from around the region, security and intelligence specialists, senior military and political leaders now in consulting roles and academic researchers on the Internet and on cyber security.

The intention was a multi-stakeholder approach to identify multi-stakeholder solutions, to focus on urgent issues and concrete steps to cross-border cooperation on all levels and to ‘build a resilient, trusted cyber space’.

Secretary General Chris Tremewan moderated an early session on ‘Our Hyper-Connected World: Problems, Issues and Implications’.  Professor Jun Murai, Dean of Environment and Information Studies, Keio University, was one of the panelists along with top executives from Cisco, SAP Japan and Nokia.  Dr Tremewan also spoke on a later panel on the same topic.

Professor Jim Foster, professor at the Graduate School of Governance at Keio University was also a moderator at the conference.  He heads APRU’s program on Governing the Internet Economy.