Can looking at art make for better doctors? 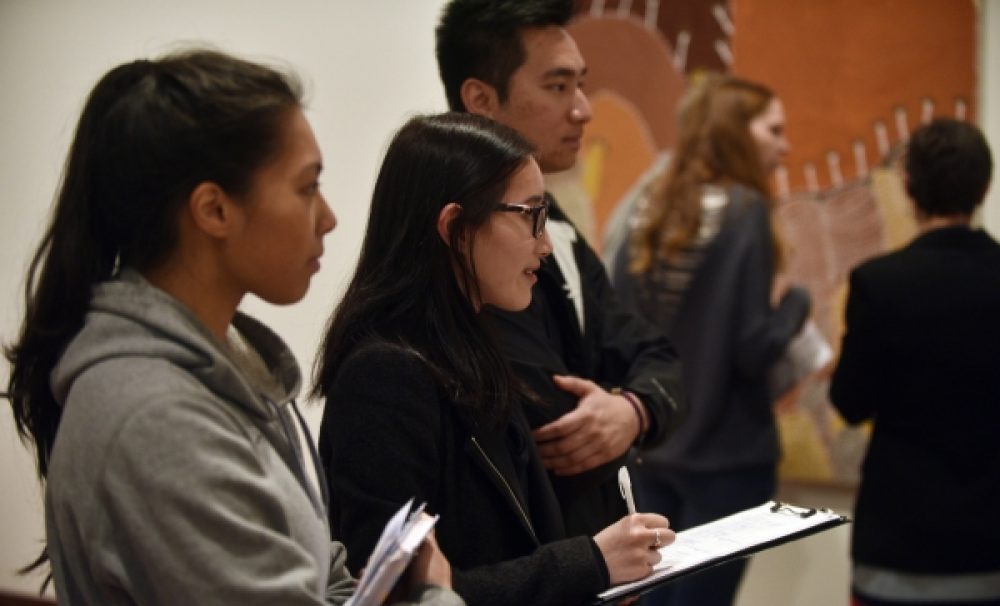 Can looking at art make for better doctors
By Heather Gaunt
Curator of Academic Programs at the Ian Potter Museum of Art, University of Melbourne

In 1984, artist Jon Cattapan’s sister Adriana died in a car accident. His painting, titled Sister, and some accompanying drawings, were a response to this tragedy. Sister depicts a grey-shrouded body lying on a bright red structure. Behind it are five figures in two separate groups. One represents living relatives and friends; the other, the spiritual world.

Sister’s distorted figures reflect Cattapan’s interest in primitivism and animism. Its colours and twisted forms project his anguish, and express the heightened intensity of the state of grieving. Cattapan has written about the disorientation experienced in grieving and also how the “topsy-turvy” space in all the Sister images represents his sister’s schizophrenia.

One day, a few months ago, a group of third year medical students spent a long time looking at these works, which were on display at the Ian Potter Museum of Art at Melbourne University.

They were encouraged by the Museum’s Academic Programs Curator to describe aspects of the painting as objectively as possible – its style, colours, content. Then they began to share their personal interpretations of the narrative.

Read full article at The Conversation